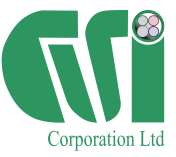 Why you should use GSI Coiled Duct (GCD)

GSI Coiled Duct (GCD) is a very robust continuous coiled duct solution for cable protection on infrastructure projects.   GCD is manufactured from high density polyethylene (HDPE) in long continuous lengths with integral inner ducts.  Inner ducts can also be silicone lined.  GCD is a complex extrusion and the inner ducts are welded to the outer duct throughout its length.  As a consequence the inner ducts form part of the structure and cannot free float.  The result is a duct with unparalled strength. 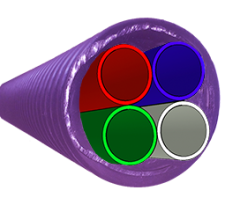 The recommendations from a UK industry report for UK Highways reports:

A tabular presentation of the practical issues identified by industry users regarding the key advantages of GSI Coiled Duct. 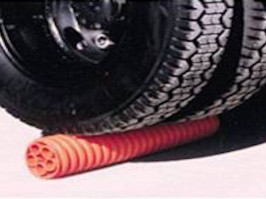 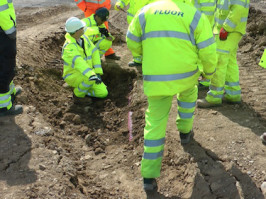 The strength, design and simplicity of GSI Coiled Duct enables great lengths of underground cable protection infrastructure to be installed very quickly.   This delivers significant cost savings and more duct can be laid in a given time than was previously possible.

In the UK, a large customer has assessed that a current 29 week project could be delivered in 6 weeks with GSI Coiled Duct, with Health & Safety risks reduced by up to 89%.

GSI has also shown how installed costs can be reduced by >18%.

for example:  A project costing £300k for traditional duct can save at least £53k by using GCD.

GSI Coiled Duct does not require additional chambers to accomodate changes in elevation or direction.   This generates further savings. 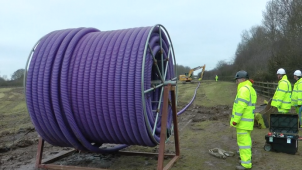 The benefits of GSI Coiled Duct are also long term.   Ongoing repair and maintenance costs to the duct infrastructure will be significantly reduced. Future improvements and upgrades due to technological advances can be adopted with ease.

The outer diameter of GSI Coiled Duct can range form 50mm to 160mm.   The cable duct can be manufactured with up to 9 inner ducts of multiple colours according to the customers design.

This document forms a presentation showing the application and installation of GSI Coiled Duct. In particular it highlights the strength of the duct and how easy the long continuous lengths of coiled ducting are to manage on a work site.